La Palma To Salute First Responders at “Symphony Under the Stars”

The City of La Palma invites its residents to a free outdoor concert, “Symphony Under the Stars,” performed by the Pacific Symphony, starting at 7:00 p.m. on Friday, September 17th in Central Park. This family-friendly concert is just right for classical music fans and those who have never experienced a symphony concert.   Before the start of the concert, a special tribute will honor First Responders in recognition of the 20th anniversary of September 11.   The public is also invited to join us before 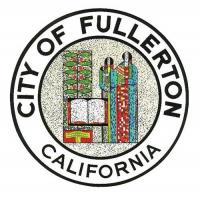 FULLERTON, California (August 13, 2021) – Fullerton Mayor Bruce Whitaker and Tollo Mayor Angelo Radica have signed a letter of intent to become Sister Cities in honor of Tommy Lasorda and his parents, Sabatino and Carmella Lasorda. Lasorda’s father, Sabatino Lasorda, was an Italian immigrant hailing from Tollo who came to the United States and raised Lasorda along with his four brothers. Tommy Lasorda, the Hall of Famer who managed the Los Angeles Dodgers for 20 seasons and led them to two World Series

Anaheim, Calif. – At its August 24, 2021 meeting, after months of extensive discussion and research, the North Orange County Community College District (NOCCCD) Board of Trustees approved a COVID-19 vaccine mandate for employees and students who attend classes on campus. Students who do not wish to get the vaccine have the option to attend classes online. NOCCCD offers approximately 75% of its fall courses online. All NOCCCD employees and students accessing District and college facilities (including