For 99 days the Honda Center was the only place the County of Orange was marrying couples. From March 9 to Dec. 31, more than 11,000 couples were married outside the Anaheim venue, and 22,897 licenses were issued.

With the start of the hockey season, County Clerk-Recorder Hugh Nguyen said his office had to find a new location.

The new location ended up being their old location: the Old Orange County Courthouse, along with the department’s offices in Laguna Hills and Anaheim.

Because of COVID-19,  civil ceremonies are being performed with a reservation and only one witness is allowed.

The department’s various document services can utilized online and in-person services are currently very limited and only by appointment at its main office, the website said.

Nguyen said his team is doing about 140 weddings a day between the three sites.

Ashley Row, giggling through most of her wedding ceremony to Eugene Row, gave him a high five after the ceremony and showed off her wedding ring as if she was waving it to a crowd. But the only person there was her father, Austin Song, who was also taking pictures.

She said they had a wedding planned for back in March, which they had to push to January. But they started getting nervous that date wouldn’t be able to work either, so they opted for a courthouse marriage and a party in the future.  Read More 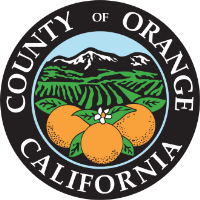