Wage Theft Already Is a Crime in California

California employers must navigate the nation’s toughest labor and employment laws.  Long before the introduction of AB 1003 (Gonzalez), California already deemed wage theft a crime.  It is absurd to think a progressive state like California would not have already addressed this issue.

In 2012, Labor Commissioner Julie Su created the Criminal Investigation Unit within the agency to specifically focus and prosecute employers who steal wages from employees.

In 2014, Commissioner Su partnered with CalChamber and the Labor Federation, AFL-CIO, to launch a statewide campaign called “Wage Theft is a Crime.” A top Labor Federation official stated, “We stand together with the Chamber because we agree that wage theft is a crime and their support acknowledges that it’s not fair and it’s not right for responsible employers who are trying to abide by the rules to compete against employers whose business practice, and whose whole business model is to cheat workers.”

The website, www.wagetheftisacrime.com, is still active, and since 2014 has stated: 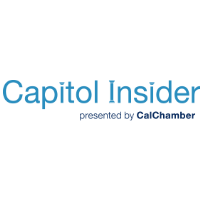