We’ve been bringing our employees back into the office, and pursuant to our “reasonable suspicion” drug testing, would like to conduct in-house drug testing. Can we do this?

The short answer is yes — employers can conduct drug tests on site. There are a few issues to be aware of, however.

First, you must have a clear, written policy that upon reasonable suspicion of illegal (or legal) drug usage, the company will be conducting drug testing.

Supervisors need to be trained on the signs and symptoms of usage, and to know what to do when they observe these signs. The mere observation of someone “acting funny” doesn’t support the need for testing. Even researching signs on the internet can help your people learn what to look for.

One of the positive aspects of in-house testing is that it is far less expensive than sending the employee to a lab. Indeed, an employee suspected of being under the influence should not be put in their car to drive to a lab; therefore, there is a need for a second employee to drive the allegedly impaired employee to the lab — increasing the cost of the test.

Second, with in-house testing, the test can be conducted at any time. Often, by the time it is determined that a test is needed, the lab is closed. Many drugs, including alcohol, quickly exit the system and wouldn’t be detected the next day. With in-house capability, testing can be done immediately, or even in the middle of the night, for a warehouse setting, for example.  Read More 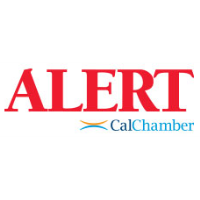