This year kicked off the start of President Joseph Biden’s administration, and as can be expected whenever a new president is sworn in, there has been a changing of the guard in many government agencies, Frank tells podcast listeners. New leadership is being put into place, with new agendas that the new president wants to pursue. As always, labor and employment is a hot topic.

Former President Donald Trump’s administration did quite a lot in the labor and employment area, and as is expected whenever a president from the opposing political party comes into office, President Biden jumped right into things. Hours after being sworn in, he appointed new leadership to the National Labor Relations Board (NLRB), elevating one of the Democratic board members to chair, Micheli explains. President Biden also has revoked a number of President Trump’s executive orders and placed holds on certain regulatory actions.

Frank recalls that during former President Barack Obama’s administration, the NLRB was very active in regulating the use of social media by employees, giving ample latitude on what constitutes workplace speech. Are there any particular issues the agency is looking at this year, Frank asks Hoffman?  Read More 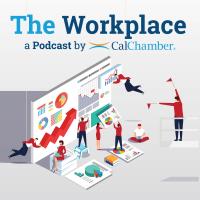