“It is my pleasure to welcome my new colleagues to the Metropolitan board,” said board Chairwoman Gloria D. Gray. “They bring a breadth of expertise and experience, and diverse ideas that will help us address some of the most pressing challenges we face to Southern California’s water reliability. I look forward to working with them.”

Jung was elected to the Fullerton City Council in November, becoming the city’s first Asian-American city councilmember in more than two decades. He serves as the vice chair of the Orange County Power Authority, a partnership between the cities of Buena Park, Huntington Beach, Irvine, and Lake Forest. He also is a member of the boards of directors of the Orange County Housing Finance Trust and the North Orange County Cities Joint Powers Authority.

Prior to joining the council, he served on the city’s parks and recreation and traffic and circulation commissions.

Jung is a small business owner who attended the University of Southern California. Born in Seoul, South Korea, he came to the United States when he was 5 years old.
Phan is a municipal law attorney with Orange County-based firm Rutan & Tucker, and currently serves as the assistant city attorney for the cities of Duarte and Menifee. The first Vietnamese-American and first Asian woman elected to the Santa Ana City Council, she was previously a Santa Ana planning commissioner.
Phan serves on the board of directors of the Vietnamese American Bar Association of Southern California and on the Leadership, Equity, Advocacy, & Diversity Advisory Board for the Rancho Santiago Community College District.

She holds a bachelor’s degree in communications studies from the University of California, Los Angeles, and dual Law/Master of Public Policy degree from USC. Phan was born near a refugee camp in Thailand after her parents fled the aftermath of the Vietnam War. They settled in Santa Ana in 1989 after months of living in camps in Thailand and the Philippines.

Fellow returns to the Metropolitan board after previously serving as a director for a total of 17 years during two terms between 1993 and 2011.
Elected to the Upper San Gabriel Valley Municipal Water District in 1990, he helped establish the district’s first water recycling program, conservation education programs, and a reforestation project in the Angeles National Forest. He is currently the agency’s representative for the Main San Gabriel Basin Watermaster and contributed to the formation of the San Gabriel Basin Water Quality Authority.

Phan will serve on the Metropolitan board’s Legal and Claims committee; Fellow was appointed to the Conservation and Local Resources, Legal and Claims, and Organization, Personnel and Technology committees; and Jung will serve on the Audit and Ethics, Finance and Insurance, and Organization, Personnel and Technology committees.

The Metropolitan Water District of Southern California is a state-established cooperative that delivers water to 26 member agencies serving 19 million people in six counties. The district imports water from the Colorado River and Northern California to supplement local supplies, and helps develop increased water conservation, recycling, storage and other resource-management programs. 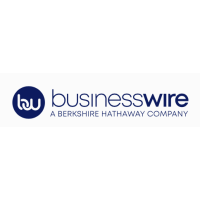