Mr. Domer was appointed unanimously on June 24, 2017 and began his service to the City of Fullerton on July 27, 2017. Mr. Domer was instrumental in helping the City Council work through its financial difficulties by crafting annual budgets which were structurally balanced and introduced components of strategic planning. Over the course of his nearly four years, Mr. Domer led organizational reviews of City departments in order to more efficiently align City operations with the available resources and best practices of government operations. Mr. Domer led a dedicated group of Department Directors and City staff during the City’s response to the COVID-19 pandemic.

“I have appreciated Mr. Domer’s diligent service and dedication to the City of Fullerton,” stated Mayor Bruce Whitaker. “His understanding and attention to our budgetary challenges and community needs have provided us clear alternatives and options as the City Council looks to focus on its current priorities.”

“I want to thank all of the members of City Councils I served for their commitment to bettering the community of Fullerton,” said Ken Domer. “The opportunity to work in this great City, alongside caring and hard-working staff, will always be a highlight in my career. 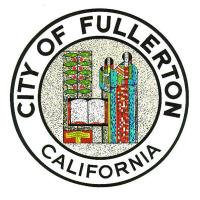