CVB Financial Corp., the Ontario-based holding company for Citizens Business Bank, has been ranked the “Best Bank in America” for the second year in a row by Forbes magazine.

It marks the fifth time the bank made Forbes’ list over the past six years, and the third time it topped the rankings.

In establishing its “America’s Best Banks” listing, Forbes looked at 10 metrics related to credit quality, growth and profitability for all 100 of the largest publicly-traded banks in the nation.

The listing shows CVB Financial had $14.4 billion in assets as of Dec. 31 and a 15% return on equity, which measures the rate of return generated on money shareholders have invested in the bank.

CVB posted less than 1% in nonperforming assets for 2020 and the company had an efficiency ratio of 39%. That measures a bank’s ability to leverage its assets to generate income. 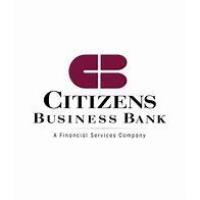