Less than a month after the California Department of Health (CDPH) announced the requirement that all individuals must wear face coverings in all “indoor public settings” regardless of vaccination status through January 15, California Health and Human Services Secretary Dr. Mark Ghaly announced that this mandate will now extend through February 15, 2022 — and the Los Angeles County Department of Public Health released a mask mandate of its own.

In a January 5 press briefing, Ghaly cited the rising cases of Omicron for this extension; for the week ending on January 1, 2022, the U.S. Centers for Disease Control and Prevention reported that the Omicron variant was responsible for 95 percent of new cases in U.S. Health and Human Services Region 9, which includes Arizona, California, Hawaii, Nevada and others.

“Omicron is here,” he said in a January 5 press briefing. “We can’t abandon the tools that we’ve used to achieve our collective success throughout this pandemic.”

In the same vein, Los Angeles County Department of Public Health modified its Health Officer Order on January 5, requiring employers to provide their employees who work indoors in close contact with others with well-fitting medical grade masks, surgical masks or higher-level respirators (such as N95 or KN95 masks) as soon as possible — but no later than January 17.

“Given the explosive spread of the virus, activities that put us in close contact with many other people now have an increased risk,” said Director of Public Health Dr. Barbara Ferrer in a press release, which noted that the department confirmed 27 additional deaths and 26,754 new cases of COVID-19 on January 5 alone. “As such, everyone needs to be sensible about how to protect themselves and those they love by layering on protections whenever around non-household members.”

While the state’s mandate currently has a February 15 end date, the CDPH will reevaluate closer to the expiration date based on conditions across California including hospitalization rates, Ghaly said during the press briefing. The CDPH’s Guidance for the Use of Face Masks has been updated to reflect the extension. 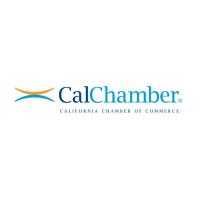