Comments by representatives of regional groups, including local chambers of commerce, are critical to the process of redrawing political boundaries, the California Chamber of Commerce told the Citizens Redistricting Commission last week.

“Where people work and for what types of businesses is a critically important consideration when you get about drawing the lines,” Martin R. Wilson, CalChamber executive vice president, public affairs said at the 14-member commission’s January 27 hearing. His presentation was part of an economic sector panel.

The CalChamber was actively involved in the redistricting process when the current maps were drawn in 2011. The CalChamber also was an early supporter of the measures assigning the task of drawing new political maps for the state Assembly, Senate and Board of Equalization districts (Proposition 11) and Congress (Proposition 20).

Wilson credited the commission’s outreach plan for correctly viewing communities of interest that, among many factors, include the sharing of common social and economic interests.

“Employees and business owners have many shared interests, including how they get to and from work, whether there are sufficient employment opportunities to provide a true skills marketplace, as well as access to the same sources of news and information,” Wilson told the commission. “We hope you will take these interests into consideration when creating maps.”

The regional chambers in the CalChamber’s statewide network, Wilson commented, “are the ones best able to speak for the businesses they represent.”

Local governments, he added, will be conducting their own redistricting processes and will have useful data to share with the commission. “Among the many insights they will bring to the table may be how to avoid unnecessary splits of counties,” he said. 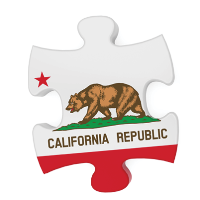