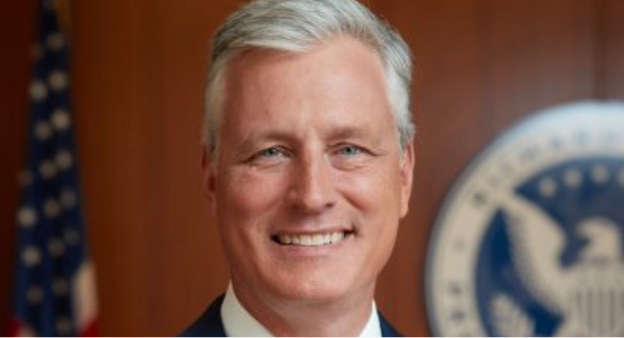 One of America’s top diplomats, strategic thinkers, and an accomplished leader in foreign policy, Ambassador Robert C. O'Brien, was elected July 18, 2022 as the Chairman of the Board of Directors of the Richard Nixon Foundation.

Ambassador O’Brien said: “I’m enormously grateful to the Board for trusting me with this special responsibility. Throughout his time in public life, and in the decades that followed, President Nixon used strategic diplomacy to further the cause of peace and ensure America’s security. Today, fifty years after his trips to China and Russia —and as we approach the fiftieth anniversary of the end of the Vietnam War— his foreign policy represents the ultimate example of the type of strategic thinking that should again guide America today.”

O’Brien added: “In this role, I hope to work with colleagues in the foreign policy community to encourage a Nixonian style of thinking about world affairs and grand strategy.”

O’Brien served as U.S. National Security Advisor from 2019 to 2021. During O’Brien’s time as National Security Advisor, the United States orchestrated the historic Abraham Accords in the Middle East, brokered economic normalization between Serbia and Kosovo, achieved significant defense spending increases among its NATO allies, and instituted a new framework of strategic cooperation with allies across the Indo-Pacific.

O’Brien has served as co-chair of The Nixon Seminar on Conservative Realism and National Security since March of 2021 and was the recipient—along with former Secretary of State Mike Pompeo— of the Nixon Foundation’s 2021 Architect of Peace Award.

O’Brien succeeds Dr. James H. Cavanaugh as Chairman of the Board of Directors. Dr. Cavanaugh said: “Ambassador O’Brien brings real accomplishment, reasoned leadership and sound judgment, as evidenced by his years of experience on the international scene. We are pleased about this next chapter for the Nixon Foundation, which coincides with commemorations marking the fiftieth anniversary of the Nixon presidency’s visionary foreign policy.”

Nixon Foundation President and CEO Jim Byron said: “I’m thrilled to work with Ambassador O’Brien to encourage a national renewal of Nixonian grand strategy as a principle of America’s foreign policy. Considering the near-impossible task of identifying a Chairman as farsighted, strategic-thinking, and generous with his time as Dr. Cavanaugh, the Board has elected the best person capable of guiding the Foundation forward.”

Byron added: “On behalf of my colleagues on the Board, I cannot express enough thanks to Dr. Cavanaugh for his twelve years of Board service, the last five as Chairman — during which time he was the key leader in the development of educational programming and a significant expansion of scholarship that has commemorated the fiftieth anniversary of the Nixon presidency, especially the inaugural Nixon National Cancer Conference. Thanks to Dr. Cavanaugh, the Foundation is well-positioned to continue to teach civics and history to future generations, especially the important role of the American presidency.”

O’Brien added: “Dr. Cavanaugh loyally served President Nixon in the White House and fifty years later as Chair of the Nixon Foundation. Today we salute him and I join with my colleagues in expressing sincere thanks for his leadership.”

This November 10 and 11, O’Brien will have a leading role in the development of the Richard Nixon Foundation’s inaugural GRAND STRATEGY SUMMIT in Washington, D.C. The Summit will gather top government officials and leaders from diplomatic, economic, defense and media sectors to chart a path forward for the United States to meet its responsibilities of leadership, identify and propose a plan to tackle the tumultuous geopolitical challenges of our time, and develop innovative strategies that promote America’s national interest in the 21st century.

Prior to serving as National Security Advisor, O’Brien was the Special Presidential Envoy for Hostage Affairs with the personal rank of Ambassador. He was directly involved in the return of over 25 detainees and hostages to the United States. O’Brien previously served in diplomatic posts as Co-Chairman of the U.S. Department of State Public-Private Partnership for Justice Reform in Afghanistan, U.S. Representative to the 60th session of the UN General Assembly, and Senior Legal Officer for the UN Security Council commission that decided claims against Iraq arising out of the first Gulf War. O’Brien had practiced law for 30 years in Los Angeles and has rejoined the firm he founded with Judge Stephen Larson, Larson LLP, as Of Counsel.